ABC and Dew Tour partnered up to launch the first-ever virtual reality 360 animated course preview for the exclusive skateboarding contest in Long Beach this past weekend.

Dew Tour and ABC have continually collaborated to bring competition experiences to life via realistic course previews that call out key feature highlights and give viewers an idea of what to expect from runs throughout the contest. ABC has also been responsible for developing creative packages for broadcast and live stream for the last three Dew Tour stops in 2016 and 2017.

As the craving for enhanced social media content increases in intensity among this generation of athletes, spectators and creatives alike, Dew Tour and ABC saw a unique opportunity to enable viewers to experience the course in a new, up-close-and-personal way via interactive 360 content during the Summer 2017 events.

You’ve seen 360 videos making waves on YouTube with many a GoPro clip showing the immersive scenario. But this type of action sports course preview, created with one-hundred percent computer generated graphics animated to show the entirety of the course and its many unique features, is the first of its kind to ever be produced. Dew Tour launched the video on Facebook 360 video browser and on their YouTube channel for easy global viewing.

Viewers can engage with the content by a simple “click and drag” of the mouse on a computer to see the course features and dimensions from different angles. Spectators checking out the preview on a smartphone can get an even more enhanced experience by simply moving their mobile device. Grab a virtual reality headset to get a glimpse of the course video in true 3D fashion.

Dew Tour’s implementation of 360 animated course previews is further proof that brands are embracing the evolution of experiential marketing and consumer engagement, bringing the organic experience to the digital space. The commissioning of the video also shows the added value that motion graphics have in creating the kind of innovative marketing strategies that set brands apart. Mindful, consumer-driven activations incorporating technology such as animated 360 virtual reality video spots shows how brands are bridging the gap between a formerly misunderstood "gamers only" feature and current marketing initiatives.

THE NEXT GENERATION AWAKENS... 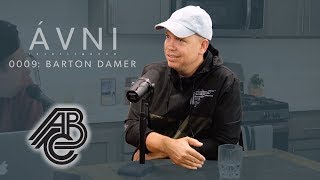